A Sea of Images

We live in a world where images abound. From the personal snapshots we don’t share on social media (and those we do) to award-winning photographs and exhibition pieces that can sell for large sums of money. And everything in between, to the side and up and down etc.etc..

In this sea of images, where do we find ourselves or are we lost on visual flotsam and jetsam? How are we influenced by our own cultures, whether consciously or not, when viewing or making photographs? What influences our decisions to include or exclude something within the frame, and can we help it?

Prasad Pannian, in his book Edward Said and the Question of Subjectivity, quoted Said’s comment from Orientalism: “The more one is able to leave one’s cultural home, the more easily is one able to judge it, and the whole world as well, with the spiritual detachment and generosity necessary for true vision. The more easily, too, does one assess oneself and alien cultures with the same combination of intimacy and distance”.

In my practice, how easy do I find it to step out of the mindset I have, and do I need to as part of my work is to reflect the world as I see it. As a photo-artist I expect the work I make to spark discussion and/or reaction – it will be imbued with how I thought/felt at the time of its creation but I am aware that as someone who has a love of science and an open mind, I may also change my view as new discoveries or ways of thinking become apparent to me.

But whatever our influences within it all, are we able to be original at all anymore? I know that since starting my MA a number of ideas I have had to inform the direction of my work have led me to photographers who have done something similar. My current research, inspired this morning by my tutor, has led me to rethink how I can evolve my passion for the primitive processes in a digital age. A brief online search is already fuelling an original idea for me that would lead to original work made by me, but if it is an original concept – perhaps not. And in a world that has a booming human population, with access to myriad information/images, originality may need to tweak its definition.

Within this multitude of people and pictures can be found the word ordinary. Taking a Martin Parr example (as below) from his series Small World, he is highlighting the vernacular/tourist photograph as a cultural construction reduced to a myth – it reflects a desire to hold the world in our hands but shows something other than the myth we visualise in our heads. The image below is not the image of the Leaning Tower of Pisa we would expect to see.

Yet for those taking these images they may well be photos of importance, even if everyone else there is doing the same action. But does it just stem from the notion of “I came, I saw, I conquered” and ‘we’ add it to our treasure trove of been there and done that. In one of the presentation this week Lev Manovich’s made the point that “the vernacular images we take have interest to friends and family, but sometimes, only to ourselves, the author”. Do the images just for ourselves have a modicum of Barthes punctum then and is this what may drive us on to keep taking photos of our daily lives?

My ‘ordinary’ pictures relate mostly to the photos I take of my dog. Since his diagnosis with cancer and his heart murmur at the start of this year, I have tried to take a photo a day of him going about his daily doings. Some I share on my personal social media pages, some on my photo project social media pages and some I just keep for myself on my mobile to look at when I’m not with him. They may not be important to others, but they are incredibly important to me. Although my MA work lies more in the analogue/historic arena for my personal photographs my iPhone is my best camera friend. This ease of capturing moments in his and my life is second nature, as I think it is for non-photographers. These photographs can help keep memories alive, perhaps even the ones tweaked to show a more perfect life, as actual memories fade or become morphed in the mists of time. 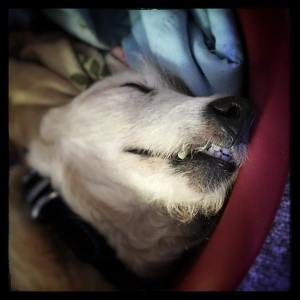 Writing in 1936, Walter Benjamin said: Everyday the urge goes stronger to get hold of an object at very close range by way of its likeness, its reproduction. With the ease of access for many to camera phones, and photography’s democratic nature, we may find we are now at the pinnacle of online photo-sharing. When considering works of art, Benjamin has said that it their meaning is changed through their reproducibility as status comes from being the original of many copies, it is not their uniqueness or being a one-off anymore that defines them.

A friend of mine is besotted with a painting by George Stubbs. It is Whistlejacket and on show in The National Gallery. For her, walking in to view this painting in its original form is akin to rapture. But it is reproduced many times over on the internet, in books etc. But I’m not sure that it is just the aesthetic, cultural and social worth today of such images that change the original status. For my friend, the value still lies in seeing the individual brushstrokes – the real thing – the reproduction is a means to share the original with a wider audience but does that, or should that, really provide them with more ‘worth’ as a work of art?

Photographers have in turn also reproduced and given to meanings to works of art, with this week’s presentation the Mona Lisa and Che Guervara have been prime candidates.

Baudrillard warns of substituting signs of the real, for the real and that our ability to make sense of the difference between reality and artifice is diminished – through mass production and consumption of imagery reality is threatened. In the case of the now iconc image of Che Guevara this is very true – how many people even know the history of the man and his political views/actions. Guevara’s image has become an emblem for safe armchair ‘protest’ worn on t-shirts and a commercially successful enterprise it seems – the meaning read from the image on a t-shirt is probably not something the man himself would have supported. 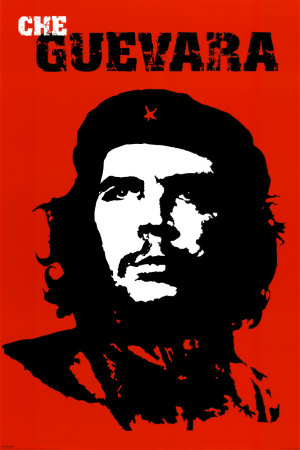 There are opportunities still I believe to break away from repackaged imagery. Photojournalism is one such area where the emphasis is to capture action as it happens – although we all know that sometimes even in this field images are sometimes staged. Having worked as a journalist, working with ‘citizen journalists’ became the norm. People on the scene of a major event often reach for their camera first and foremost. There is a desire to share that you were there, and for some, to be the first to do so as if there is an unspoken kudos for doing so. Do people do this to make their lives seem more exciting to others or is it simply about sharing a moment that has had an effect on you?

I think that sharing images from traumatic experiences can stem from a need to offload what you have witnessed, a type of coping mechanism that online uploading can help with. For those that share images of their ‘lives’ such as Instagrammer Lauren Bullen aka Gypsea Lust she claimed another woman had been recreating her every image. And indeed it seems that @diana_alexa had been doing that. But then again, Bullen says her images of her and her boyfriend are created through “…work with companies and brands to create imagery and promotion – this is our business…”. Her account seems more about sharing an ideal, rather than a real life and for many Instagrammers although they may tweak and make more pretty the photos they share they are still creating a visual conversation of daily life with those interested enough in what they do.

And is that how we now have to stop ourselves from drowning in a sea of images, however they come into existence, however they represent reality or create our reality, by being more discerning in what we view? Or by doing so we may miss out on new ideas that could influence or change our view of the world and those who inhabit it.

Benjamin, W. The Work of Art in the Age of Mechanical Reproduction – https://www.marxists.org/reference/subject/philosophy/works/ge/benjamin.htm [accessed March 3, 2017].

Pre Sept 2018, this was a Critical Research Journal for my MA in Photography Course at Falmouth University. It was part of an accredited education programme and created for educational purposes. As it has an educational purpose, it will contain images and documents created by ©Josie Purcell as well as images, texts, and/or other content created by others. Content not created by Josie Purcell will be fully credited including, where possible, the author, title, year, and source. (In accordance with Falmouth University guidelines.) I aim to still attribute others work as I would have done as a student, and I would ask that if others highlight my work in blogs etc. they also provide credit to me. All my work retains my copyright.
%d bloggers like this: